This is an interesting read about what famous celebrity splits can teach you about divorce, as published in Divorce Magazine online by Olivia Ryan in April, 2018.

“There is no such thing as an easy breakup between the husband and wife. Unfortunately, divorce is a widespread category as some 50% of marriages in the United States end this way, while the figures remain pretty much the same in other first-world countries.

Psychology experts know that divorce is always a painful process, no matter how rich or famous you are. Tom Anderson, a lead psychologist at Aussie writings, states that “soldiers are not the only ones who get post-traumatic stress disorder, because divorce can cause the same symptoms as well.”

If you are going through this difficult stage of life, you should try to find consolation in other examples. In this article, we will show you what 10 famous celebrity splits can teach you about divorce.

Ben and Jennifer had a long history before they decided to get married in 2005. They had three children together and enjoyed what seemed like an ideal relationship. However, the pair split up in 2015 while most media claimed that Ben had an affair with the nanny, Christine Ouzounian.

The story confirms that nobody’s immune to everyday temptations, even celebrities who date and marry beautiful colleagues. If you experienced the same sort of heartbreaking betrayal, at least you should know that same situations happen to famous people, too.

The passionate relationship between Nick Cannon and Mariah Carey lasted no more than two months in the year 2008. Namely, the couple decided to get married immediately. They raised twins Monroe and Moroccan, but they divorced angrily in 2014.

This example reveals that divorces often come as the consequence of not knowing each other well. Mariah and Nick deemed perfect together, but their personalities turned out to be too different to sustain a long-lasting relationship.

The unusual couple first appeared publicly in 2011, following Lady Gaga’s “You and I” video set. They were extremely happy together, proving love day after day with a series of romantic photos. But the pair split in 2016, citing work schedules as the main reason. Gaga and Taylor still love each other, but they just couldn’t find the right kind of life-work balance.

If this sounds familiar to you, perhaps you used to have one of those modern relationships where partners were unable to determine priorities before getting married. And the marriage is just that – determining priorities that both parties agree upon.

Brad Pitt and Jennifer Aniston were Hollywood sensations in the late 1990s, so their relationship looked like the natural continuation of the chain of events. However, their 2005 divorce ruined the whole picture, leaving a lot of fans devastated.

Rumor has it that Brad wanted children while Jennifer did not. It’s another example that clearly showed how couples end up divorced simply because they failed to reach consensus over basic family values. And if the two persons can’t make a compromise with respect to children, they can hardly make it in respect of any other thing.

Speaking of basic values, religious beliefs are also among basic family features. Therefore, they can also become a genuine stumbling stone for some couples and lead to divorces.

In the case of Tom Cruise and Katie Holmes, it was Tom’s involvement in Scientology. The two celebrities got married in 2006 but they divorced 6 years later. Many insiders claimed that Katie just wanted to protect their daughter Suri from the influences of the Scientology church.

Kourtney and Scott had been dating and breaking up several times before they decided to get married in 2009. In the meantime, Kourtney gave birth to three kids while Scott experienced addiction issues. They had a lot of ups and downs, all of which were almost directly broadcast via television or social media. The pair finally divorced in 2015.

This is one of the first examples of “reality” couples, and it proved that marriages should remain a matter of privacy. You can’t live your life online and share every little piece of personal information with the global audience. Or you can – but it won’t end up well.

This celebrity split is the complete opposite of the previous example. Demi and Wilmer were together since 2010 and enjoyed a nice but quiet relationship despite the age difference of 13 years. After 6 years of being together, they announced the breakup discretely on their Instagram accounts and did not say a word about it anymore.

Bruce Willis and Demi Moore seemed eternal. They were a couple of superstars who stayed together for more than 10 years. The reason for the split up was not an affair or any other sort of juicy story but simply the fact that they got tired of each other. Needless to say, this is something that happens to a lot of couples. Boredom is one of the biggest causes of divorces, so you shouldn’t be too surprised if it is happening to you as well.

Zac and Vanessa were two of the most popular movie stars of the third millennium. They played lead roles in the 2005 Disney classic High School Musical and started dating in real life. They spent five years together, but Vanessa broke up due to “Zac’s attention from female fans.”

Obviously, jealousy can destroy relationships both in the celebrity circles and average marriages. You should learn from this example and try to avoid jealousy as the reason to argue with the spouse.

Brad and Angelina are probably the most famous case of celebrity split. They began dating in 2005, got married in 2014, but they ended this relationship three years later. However, the end of this love story was the perfect example of a peaceful divorce. Angelina and Brad did it with grace, with Jolie noting that they “care for each other and care about our family.” If you are going through divorce yourself, try to do it as quietly as Brad and Angelina did.

Divorce is not a new thing. You probably know a few divorced couples and consider it to be completely natural. However, ending your marriage is always a painful and heartbreaking process. If you are going through this phase at the moment, you should see how other people behaved in such circumstances.

Keep these examples of 10 famous celebrity splits in mind as you try to find the peace of mind and resolve to finalize your divorce without ruining your life. Divorce is an end, but as the song goes: “Every new beginning comes from some other beginning’s end” (“Closing Time” by Semisonic). With determination and support from friends and family, you will get through your divorce and maybe even create a new life that inspires you in the process.”

What 10 Famous Celebrity Splits Can Teach You About Divorce

I am writing a review because I think a lot of times people make the same mistake that I did at the beginning of my case. I had a wonderful talk with Jennifer before my case started and I was very comfortable with her demeanor and her explanations of the Chicago Divorce process. I decided to go with another lawyer because the retainer was a little lower. Big mistake. I didn’t really like the lawyer when we spoke but I was more focused on the money instead of the big picture. I felt like there was no communication during my…

My Husband, now ex, and I wanted a friendly, fast divorce. We had nothing to fight about and nothing really to divide. We thought that would make it easy but when we saw all the paperwork we knew that we needed help. It takes one piece of paper to get married and 100 pieces of paper to get divorced in Chicago!! Ward Family Law made the divorce a smooth process for us and got it done faster than we thought. If you want to be friends with your ex but still want the divorce then look no further and call…

I had a very complicated divorce with a lot of family-owned businesses and assets. Jennifer and her team of professionals help navigate the formal discovery and litigation process with great knowledge, strategy, and patience with all our questions. My family was very concerned about the impact and outcome and we are all pleased with the results. From the appraisers to the business valuators, Jennifer utilized the right people at the right time to shore up our case for the best settlement position at pre-trial. We were happy with the Judge's recommendations, we believe, based on all her hard work and… 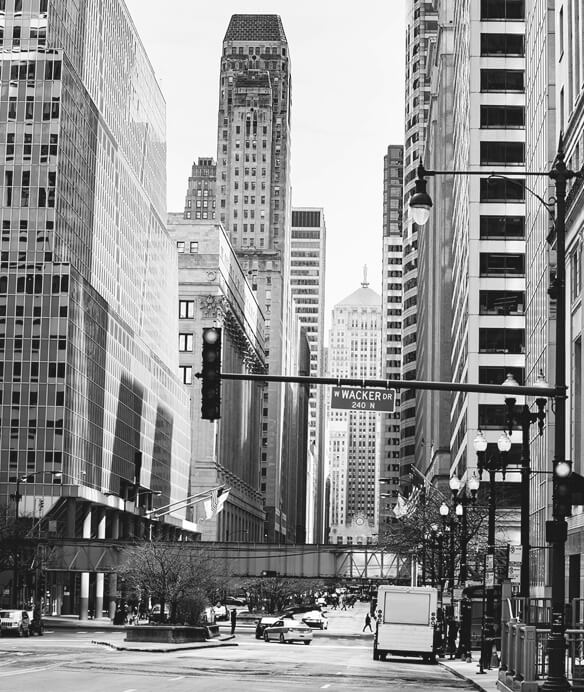 If you would like an attorney to contact you for a free consultation, please complete this form.

Attorney Advertising. This information is designed for general information only. The information presented should not be construed to be formal legal advice nor the formation of a lawyer/client relationship. Past results and testimonials are not a guarantee, warranty, or prediction of the outcome of your case, and should not be construed as such. Past results cannot guarantee future performance. Any result in a single case is not meant to create an expectation of similar results in future matters because each case involves many different factors, therefore, results will differ on a case-by-case basis.